IRI co-workers and associated researchers continuously publish articles and books on various subjects related to ICT Law. Textbooks and edited compilations are also produced for educational purposes and as documentation of current trends and projects. Publications are available in English and Swedish. See the individual homepages of the co-workers and associates. Many references and some full texts are also available via the DiVA portal.

Recent publications are exemplified below: 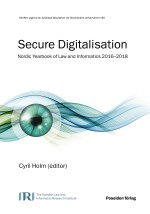 The Nordic Yearbook of Law and Informatics is a manifestation of a collaboration among colleagues from the Nordic countries. This co-operation has defined the field since its inception and it continues to thrive. The first volume in this series was published in 1984, and the contributions in this yearbook documents the The XXXI Nordic Conference on Law and IT held in Stockholm 2016, arranged by the Swedish Law and Informatics Research Institute. The overall theme of the conference was Secure Digitalization, and the articles in this yearbook derives from sessions on:

• Strategies for secure digitalization: legal protection, technical mechanisms, deterrence and power
• Compliance, automation and monitoring
• Privacy and surveillance in the post-Snowden era
• Remedies for the future

In addition to the documentation of the conference, this volume highlights some of the effort struggles that legislator grapple with in the process of keeping up with the technological change and its impact on society. Included are summaries of a number of Swedish Government Reports addressing regulatory issues in various fields affected by technology. The selection reflects regulative initiatives concerning research, regulation of automated vehicles, integrity, and governance. 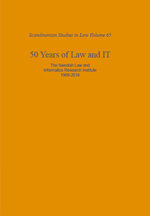 In 1968, the first seminar on Electronic Data Processing and Law was held at Stockholm University. Later that year The Working Party for EDP and Law was established. The topic soon became part of the legal curricula and a meeting point for scholars and professionals with background in information science and law.

Already from the beginning, the interest was of an interdisciplinary kind. Computers as potential tools for assisting legal work as well as new regulatory issues attracted the attention and many pilot studies and multiple research projects were initiated.  In 1981, the Working Party was reorganised into The Swedish Law and Informatics Research Institute (IRI) and soon after the first academic chair in Law and IT (Rättsinformatik/Legal Informatics) was announced.

IRI’s background is closely related to the developments in the other Nordic countries and this volume presents 24 articles written by Scandinavian authors contributing their expertise on specific topics related to Law and IT.  The result is a book that highlights many of the recent issues that have come to the fore with the increased use of IT in society, and in several cases indicates alternative ways of addressing these.

The series Scandinavian Studies in Law is published by a non-profit trust. The first volume was presented in 1957 and to date some 900 articles have been published in the series. Find out more at scandinavianlaw.se 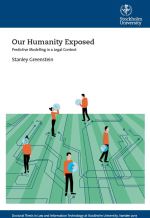 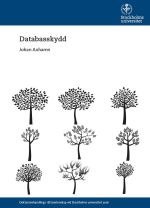 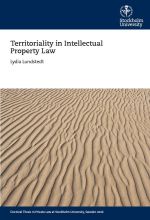 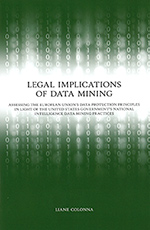 This dissertation addresses some of the data protection challenges that have arisen from globalization, technological progress, terrorism and seamless cross-border flows of personal data. The focus of the thesis is to examine ways to protect the personal data of European citizens, which may be collected by communications service providers such as Google and Facebook, transferred to the US Government and data mined within the context of American national intelligence surveillance programs. The work explores the technology of data mining and examines whether there are sufficient guarantees under American law for the rights of non-US persons when it comes to applying this technology in the national-security context. 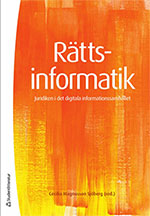 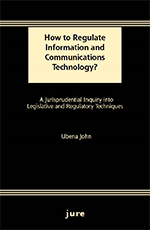 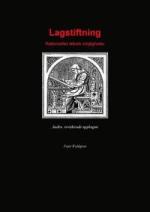 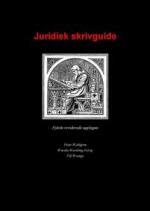 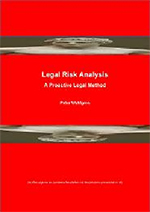 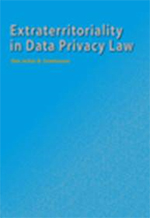 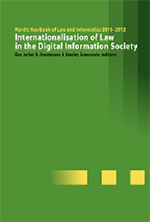